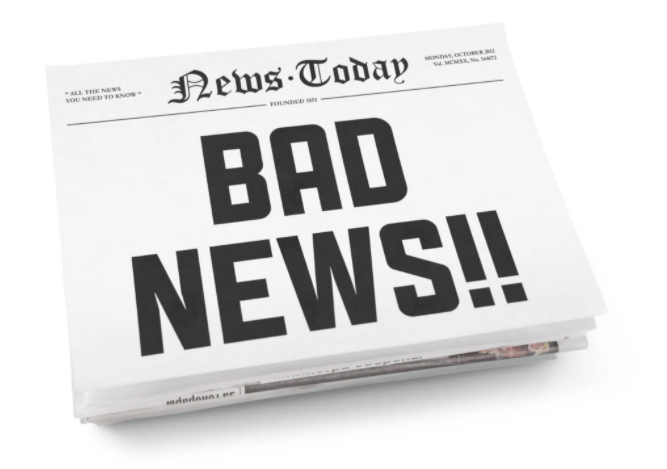 This is a case study of how a lot of investors missed a big trend in Indian markets, costing them a 25+ bagger and how we can avoid falling prey to such a trap, ourselves.

Bull markets can delude one into believing that good times will continue. Likewise for bear markets. In bear markets we may start to believe that things around us are gradually getting worse when they could actually be getting better. This notion is compounded by the fact that everybody around us is bearish and negative about the future state of the economy and the markets. As investors, it is our job to keep our eyes on the ball (data) and not lose focus by believing what everybody else is saying.

Imagine what might been on investors minds, after reading scary headlines, such as these.

Most investors are likely to have lost both, the money and the confidence in the above kinda market. Some of us may think, yeah the market rises, every time it falls and we might have just kept buying, had we been investors back then.

However, this ignores the psyche of most investors of that era. In 2000, just when the market was starting to forget the Harshad Mehta scam of 1992, and investors would have been less worried about manipulation, came another blow to their faith in the markets, in the form of the Ketan Parekh scam of 2001. And after they or their peers lost money, some of them are likely to have believed, Indian markets will never change and there will always be scams like these.

Also, in 2001, FIIs started to pull money out, after the Sep 11 attacks on WTC. Back then, FIIs were considered the major drivers of stock prices in India, because collectively, they had the muscle to move markets whichever way they wanted and FIIs selling could mean just one thing.

Investors were perhaps twice bitten, thrice shy (First Harshad, then Ketan). This was an era where the internet was still a luxury and wasn’t considered too important. Information flow wasn’t as smooth as, it is today. Perhaps, not many would have foreseen the impact, the introduction of demat and online trading would have, on making it harder & harder to manipulate the markets at the scale of previous scams. Even today, some old timers believe the market is a gambling den, thanks to historical scams like these ingrained in their memory and to a genetically programmed human emotion, called loss aversion.

Enter, the era, when mobile phones went from being a luxury to becoming a need, and landlines were still the norm. To put things into perspective, this bulky phone, the Nokia 6600, a rage back then, thanks to it’s relatively lower price tag and the all new camera feature, was launched in India, only in Oct 2003 and it took some years for it to be widely accepted.

So, in the middle of all these things, in 2003, why would you want to put your money into a company whose losses had kept increasing for 4 years? It also had a seemingly insane market cap, of 5000 Crores.

Investors were also expecting this company to continue making losses for the next few years.

Yet the stock price started moving up and went on to become a multi bagger over the next few years.

This is a story about Bharti Airtel. And here’s how one very smart investor kept his ears to the ground, thought differently and made solid money from this stock.

Raamdeo Agrawal’s investment thesis “Bharti Airtel was a big investment for us. It was a combination of two frameworks – value migration from fixed line to wireless phone and the network effect. In network business, the winner takes it all. The number one player makes 80% of the profits and the number two player 15%. I had read this in Michael Mauboussin’s book. In 2003, Bharti was making losses. In Jan 2003, Bharti’s CMD, Sunil Bharti Mittal, announced on the analyst call, that they had started breaking even. I did a five year excel spreadsheet analysis and deduced that they will make Rs. 28 thousand crores, cumulative PAT, in the next 6 years. The cash flows were expanding, the operational cost was fixed and there was a ten year tax holiday. The market cap was just Rs. 5000 Crs then. In life, you get very rare opportunities like these when the market is blind to the numbers. The market was also very depressed in 2003, which contributed to the under valuation. We bought the stock at Rs. 12.5 (adjusted) and it went to Rs. 590 within 3 to 4 years, but I did not sell then. I sold the stock at Rs. 325, when they bought businesses in Africa. So, it was still 25x. Investments like these give you the confidence that your frameworks work. In earlier times, just buying stocks at cheap valuations, made money. But the world has changed. You cannot just buy cheap and do well. You have to buy quality stocks with growth at cheap valuations.”

His investment thesis was a lollapalooza, where multiple mental models came together, which isn’t practically easy to do, by the way. Perhaps there are more models, but here are the ones that come to my mind.

Focusing on cash flows instead of profits

One thought on “How depressed markets can cost you money”